It is certain that in 2017 will be surprises in the field of cyber security. It is predicted that hackers will be even more innovative and creative than in the previous year. Although it is now possible to identify internal vulnerabilities and make preventive policies in accordance with the best practices, many companies still do not actually realize that cyber threats can greatly affect their business.

Ultimately, no one can know when and how it will happen a new major hacker attack, though many experts believe that these are some of the greatest threats that we will be faced: 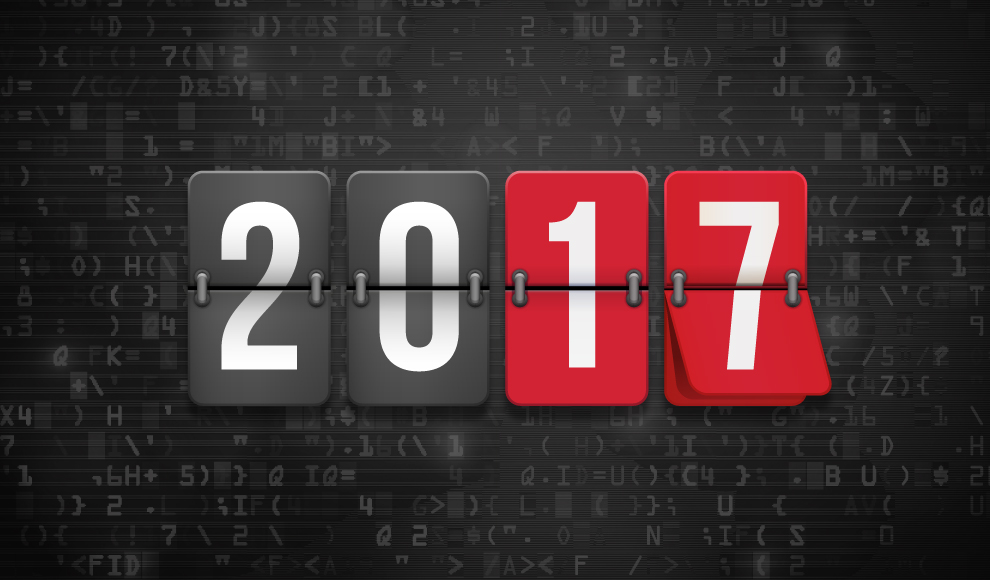 In 2016 we saw some mega DDoS attacks, such as attack on the DNS provider Dyn, in October 2016 that reached up to 1.2 Tbps, which is the biggest DDoS attack ever. This attack made numerous Internet platforms and services unavailable to many users in Europe and America. In 2017 even bigger and stronger DDoS attacks are expected. Financial institutions are particularly vulnerable to DDoS attacks, as well as any company that uses the online financial transactions, and in the case of these attacks, they would be forced to suspend its business operations. Leading vendors of security solutions are more and more focused on creating better protection against DDoS attacks for the companies of all types and all sizes.

The terrorist cyber-attacks are a very real threat in 2017 and the experts who investigate these activities think that the most attacks could target the government’s infrastructure, which could result with the damage in millions. Technology has advanced to the level that it is almost inconceivable how much damage could make a terrorist cyber-attack. It could suspend power grids, cause the launch of nuclear weapons, disrupt the operation of government institutions, and taking into consideration that each smart device is connected to the Internet in some way, the amount of damage that could cause this kind of attack is immeasurable.

In the last year, ransomware has become the most common type of malicious software. If computer is infected by ransomware, hackers have control over all the documents on the computer until certain sum of money is paid to the hacker, after which you can get a code to unlock your documents. In the previous year there were thousands of these attacks in all sectors, from private computers to computers in companies and government institutions and in 2017 it is expected even larger number of infected computers, as well as potential changes in the ransomware mode i.e. Ransomware that will attack corporate networks in a way that simply violate the functioning of any activity on the computer instead of locking the data.

Increasing number of attacks on IoT (Internet of Things)

Security of IoT is certainly something that everyone has been talking about for a long time. IoT is constantly increasing, and the primary obstacle that prevents users to fully embrace these devices is their safety. Manufacturers of these devices intensively work on the precautions to protect users and at the same time hackers are increasingly focusing their attention on new ways in order to make use of IoT for malicious purposes. In the near future we must be ready to protect devices from these advanced threats.

The increase in internal attacks

While many organizations are adopting effective strategies to protect themselves from malware, at the same time hackers are changing their approach and start to use legitimate credentials and software for their attacks. In these attacks hackers use the employees, as the weakest link of the company and with the attacks on their social networks personal profiles or e-mails, they get information they need in order to obtain valuable data of the company. This kind of attacks are not something new, but in 2017 we can expect more attacks that will be more creative and efficient.

Experts believe that in 2017 we will see a record number of cyber-attacks in all sectors. The attacks become more sophisticated and companies in 2017 must pay more attention to the protection of the IT infrastructure in order to be ready for the challenges that await us.

Our company is providing advanced security solutions and services for data protection and business systems for the last 10 years. In recent years, our qualities have been recognized by a large number of clients in the financial, government, telecom, manufacturing and the service sector. Through the great number of projects, we have proved ourselves as a reliable partner, which select only the best solutions for its clients, according to their requirements and needs. We have shown to our clients that we can respond to all challenges in order to ensure them safe and reliable business operations and we are ready to continue in 2017 with these best practices.